Trophy Games Development A/S (“Trophy Games” or the “Company”) is a Danish game developer focused on challenging strategy games, currently showing strong double-digit growth. The Company has had great success with developing so-called manager games and has now broadened the portfolio through the acquisitions of Tiny Titans Studios and the already developed arcade games, Xombat ApS and the Airline Manager 4 (“AM4”) game, by the release of FIVE, an e-sports manager game, and through the initiated global launch of the major IP-game Warhammer: Soul Arena. In a Base scenario, Analyst Group estimates a revenue of DKK 75.1m in 2022 with an EBITDA of DKK 7.0m, which, based on an applied EV/S multiple of 2.5x yields a potential fair value of DKK 8.2 per share.

With the latest release of the game Warhammer: Soul Arena and the planned release of three additional new games, a significant increase in active users is estimated during 2022 and 2023. In addition, as the Company optimizes the current portfolio of games, which is addressing a very loyal player base, the Average Revenue Per User (“ARPU”), as well as profitability, are expected to increase during the coming quarters.

The Company has, with the current portfolio of games, a great opportunity to introduce new titles and to add new verticals to current games. Through the acquisition of Xombat ApS, Trophy Games has acquired knowledge to build games using the AM4 platform, which is estimated to provide great synergies as the Company could target the same users and sell across the different apps. This in turn is estimated to help to drive further revenues and boost the overall top-line growth going forward.

Trophy Games have set financial targets for the years 2021-2023, where the Company expects to reach a revenue of DKK 110.5m in 2023. Analyst Group sees no hinder for Trophy Games to reach set financial targets as the combination of the Warhammer: Soul Arena launch is expected to be successful, as well as the Company acquiring several other game studios in the upcoming 12–24-month period, contributing to a total revenue of DKK 75.1m in 2022 and DKK 111.1m in 2023.

One of the biggest risks the Company faces is access to Unity-developers and game-developers but also upholding long-term employment. The access to developers in Copenhagen, where the headquarter is located, is not great, and as such the Company need to look outside of Denmark to find the required skills, which could lead to delays in the release of new games further ahead. Additionally, as the Company, and Analyst Group, has budgeted with acquisitions to reach the financial targets, the Company is dependent on finding good studios or IP:s at a reasonable price. 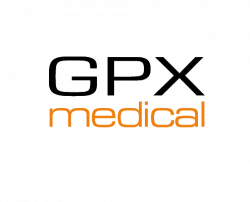